The NJ Cup quarter-final rounds (Final 8) have been finalized with a host of games played this past weekend.  Typically the cream of the crop rises to the top, but there are some surprises in there as well, which will make for fun competition.  I have listed some quality games here, but I am sure there are many more good games to hear about which you should feel free to add to the comment section at the bottom of

This is a matchup to watch because SDFC’s home base is Montclair and I am sure there will be no love lost between two well known, and well respected NJ clubs.

These two met in Manhattan in early March which finished in a 0-0 draw.  NJ Stallions have since won the MAPS Spring Challenge and performed well in EDP which may give them a slight upside in this match.  Once again the two heavyweights ended in a 0-0 draw and were forced into penalties after double overtime.  NJ Stallions took the spot in the semi-finals.

This game deserves some recognition because a township team from Highland climbed over GPS and PDA South to get a spot in the elite 8 against another powerhouse in SJEB.  I think you know who I am rooting for…

Two highly ranked and successful teams square off tonight (4/27) at Mercer County Community College in what may be the game of the bracket.

Den of Lions has gotten off to a slow start to the season, but are a very quality team and NJ Force Arsenal has been nothing, but battle tested so far this season.  Added incentive in they will see each other again in just 2 weeks time as EDP 1st Division Central foes.

U17 Boys Super:  The Entire Group

Stronghold, TSF, SJEB, Marlton JPS, Holmdel, and STA Morris highlight the who’s who on the U17 Super Group.  I don’t think you could go wrong by stopping by any game and seeing future collegiate talent on display. 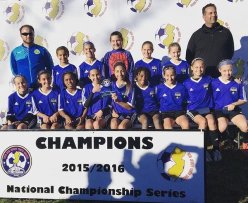 These two teams are set to square off twice in one week, with the NJ Cup game coming first, in a high stakes, winner take all format.  Bound to be an exciting game.

The GotSoccer ranking doesn’t necessarily give anyone a leg up here.  This is going to be a battle between a surging PDA Shore team and an NJ Rush Grey team that has been in these types of games over and over.

It’s unfortunate that these two teams needed to meet prior to the Final, but what a game we have on hands here.  The top two gotsoccer ranked teams and EDP Divison 1 teams have not met this season, so there will be some feeling out to do in a tense game to the finish.

Two well organized teams will face off in what I would bet will be a 1 goal game either way.  A mistake could be the difference, but both teams rarely make one.

I am sure there will be future college players in this high level matchup which will likely result in matchup against one of the best teams in the State in FC Copa U17.  If I was available to get to this game tonight (4/27) at Camden Catholic, I definitely would.